Indigenous Xinka March in Guatemala to Banish Canadian Mine 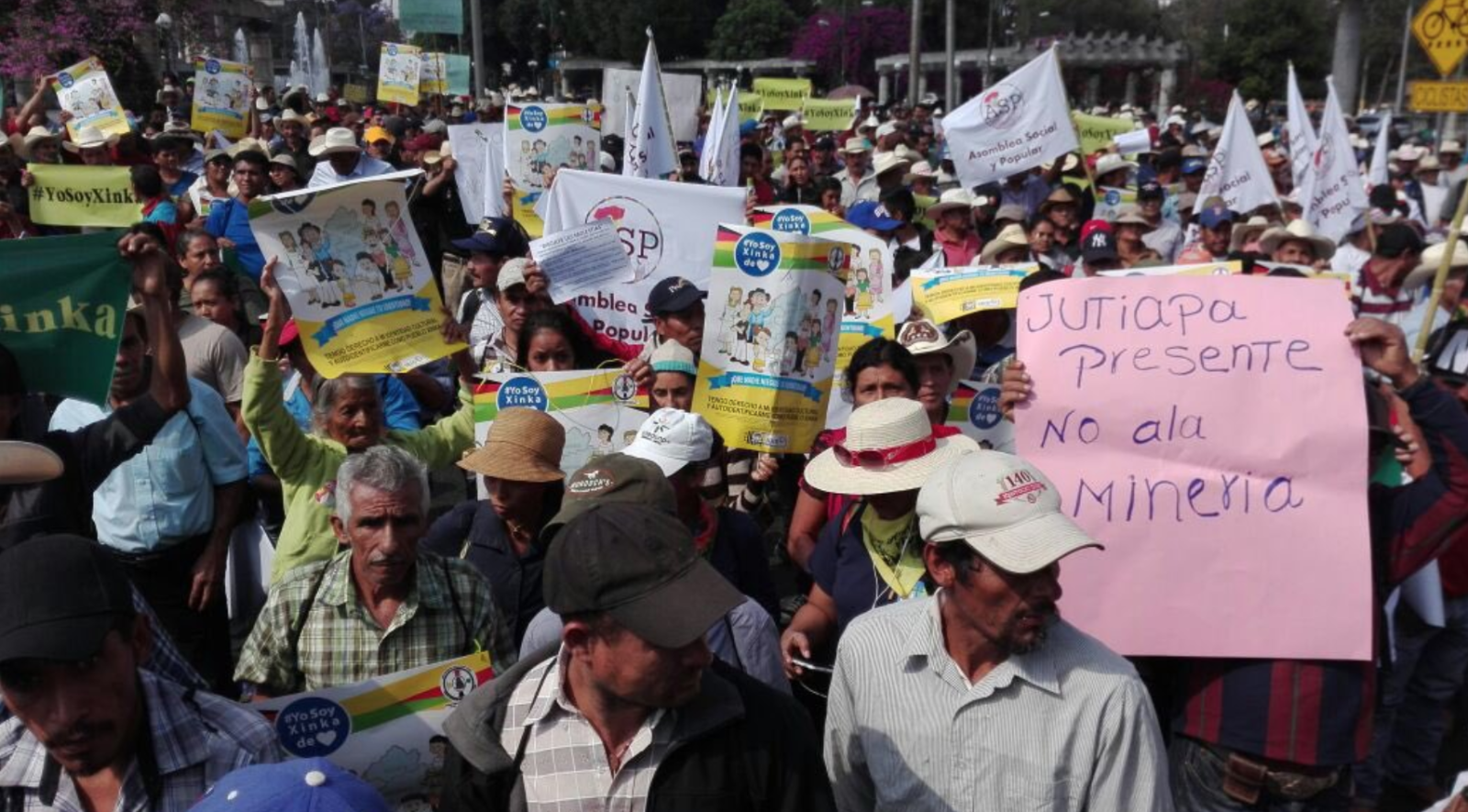 Traffic grinds to a crawl on the dusty highway through Casillas, a small city in the Guatemalan Department of Santa Rosa, roughly three hours southeast of the capital.

Even on a busy work day, no vehicle may pass until the peaceful resistance stationed there has determined that it is not affiliated with or carrying supplies to the nearby Escobal silver mine, owned by Canada’s Tahoe Resources.

It’s a makeshift blockade marked by canvas signs attached to tilted power poles, demanding justice for Indigenous people as they flap in the wind. The project threatens land, water and local agriculture, argue members of the resistance, who patrol the road in shifts.

“We are willing to give our lives for Mother Earth and the children of the future,” Bernabe Rivas Ceballos told journalists, philanthropists and activists visiting the blockade on Oct. 26, 2017.

“We hold the company responsible for all the conflict they have caused in our communities of Santa Rosa. We can’t allow that invasion…We are willing to win or die.”

Seven out of eight municipalities near the Escobal mine have formally opposed it in local polls, and since 2015, at least five of their mayors have refused royalty payments from Minera San Rafael — a subsidiary of Tahoe Resources charged with the mine’s operation.

The project has been on hold since last summer over Indigenous consultation concerns, and just last month, hit a new snag as Guatemala’s Constitutional Court prolonged that suspension further with demands for new information and evidence. It’s a decision that sent more than 2,000 Indigenous Xinka people marching through the streets of Guatemala City last week, demanding permanent closure of the mine.

The delays have been costly for Tahoe Resources, which suffered an $18 million loss in the fourth quarter of 2017, largely attributed to Escobal’s suspension. More than a quarter of Minera San Rafael’s 1,030 staff have already been laid off, and Tahoe has confirmed that more layoffs are on the way as the court examines whether the mine’s operating license is legal.

The Escobal mine controversy is one of several surrounding a variety of Canadian resource companies that operate abroad. Over the last 10 years, they have prompted a wave of activist pressure that just this year, resulted in federal government action.

In January, Canada’s International Trade Minister François-Philippe Champagne introduced some details of his plan to create of a new watchdog with a mandate to investigate allegations of abuse in the foreign activities of Canadian companies. Tahoe’s Escobal mine could be among those it is asked to review.